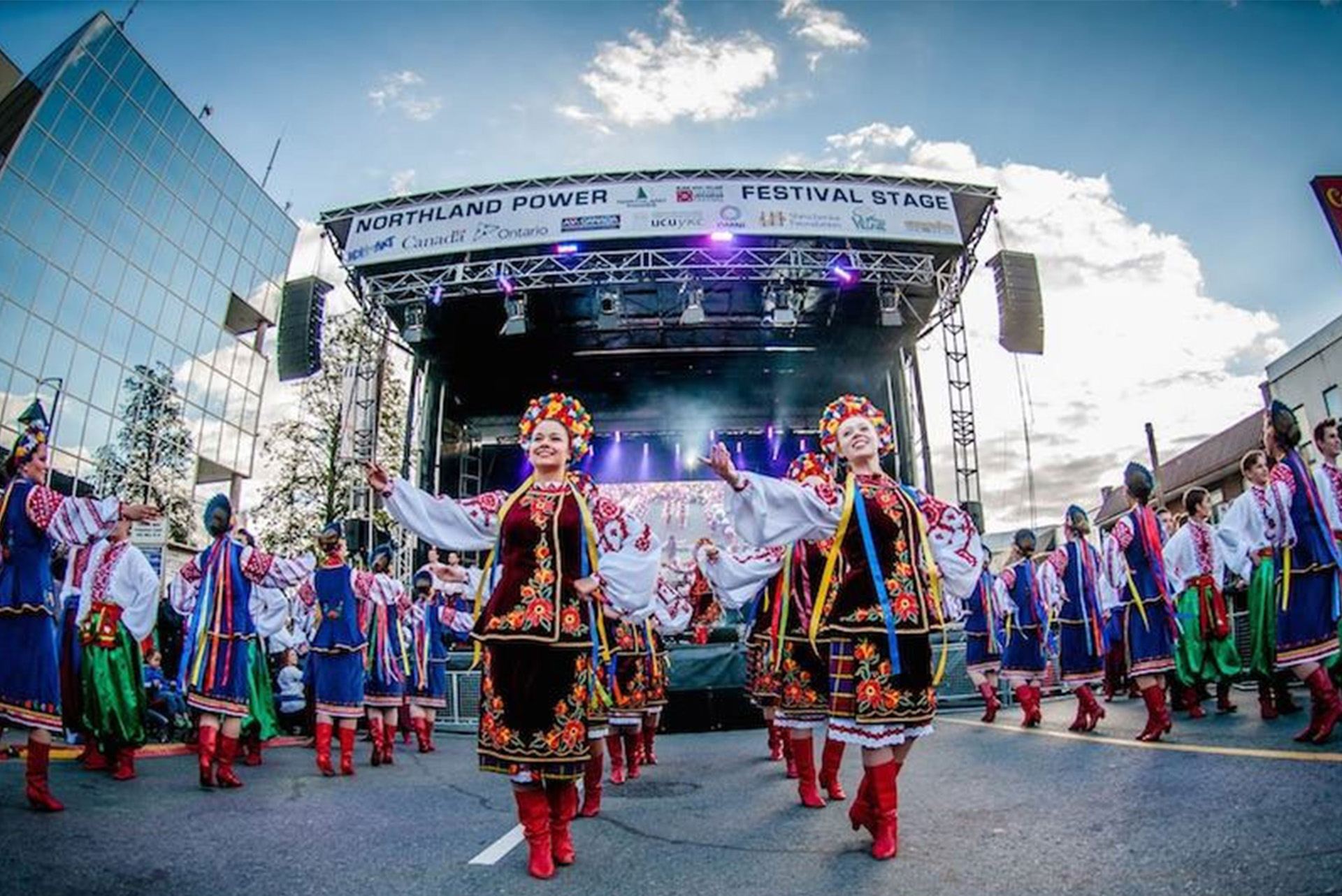 I would like to begin by sharing what a pleasure it has been to be a part of the AV production for the Ukrainian Bloor Street Festival, over the last years and leading up to the 25th anniversary celebration. This great event is run by Jurij Klufas, Chair of the Bloor West Village Toronto Ukrainian Festival.

Recalling our initial conversation with Jurij about how AV-CANADA can help grow and support the festival, I am proud of all the hard work, countless hours, creativity, and determination our technical production team has contributed to this very day. Also, AV-CANADA has provided sponsorship to help offset some of the costs of this enhanced AV production, in an effort to take the festival to the next level, as it so rightly deserves.
Reflecting on our partnership and our synergies, I think of Jurij as the ‘Creative Dreamer and Visionary.’ I also value our AV-CANADA partners Gene Hondzio and Dave Carreiro as the ‘Architects of a Vision.’ The growth of the festival has been phenomenal due to a can-do attitude and the incredibly hard work and dedication of all the festival volunteers, vendors, Bloor Street store owners, who all continue to support the vision and success of this great festival. With Jurij’s talented team, we have grown the Ukrainian Bloor Street Festival into the Premier Ukrainian Street Festival in all of North America. 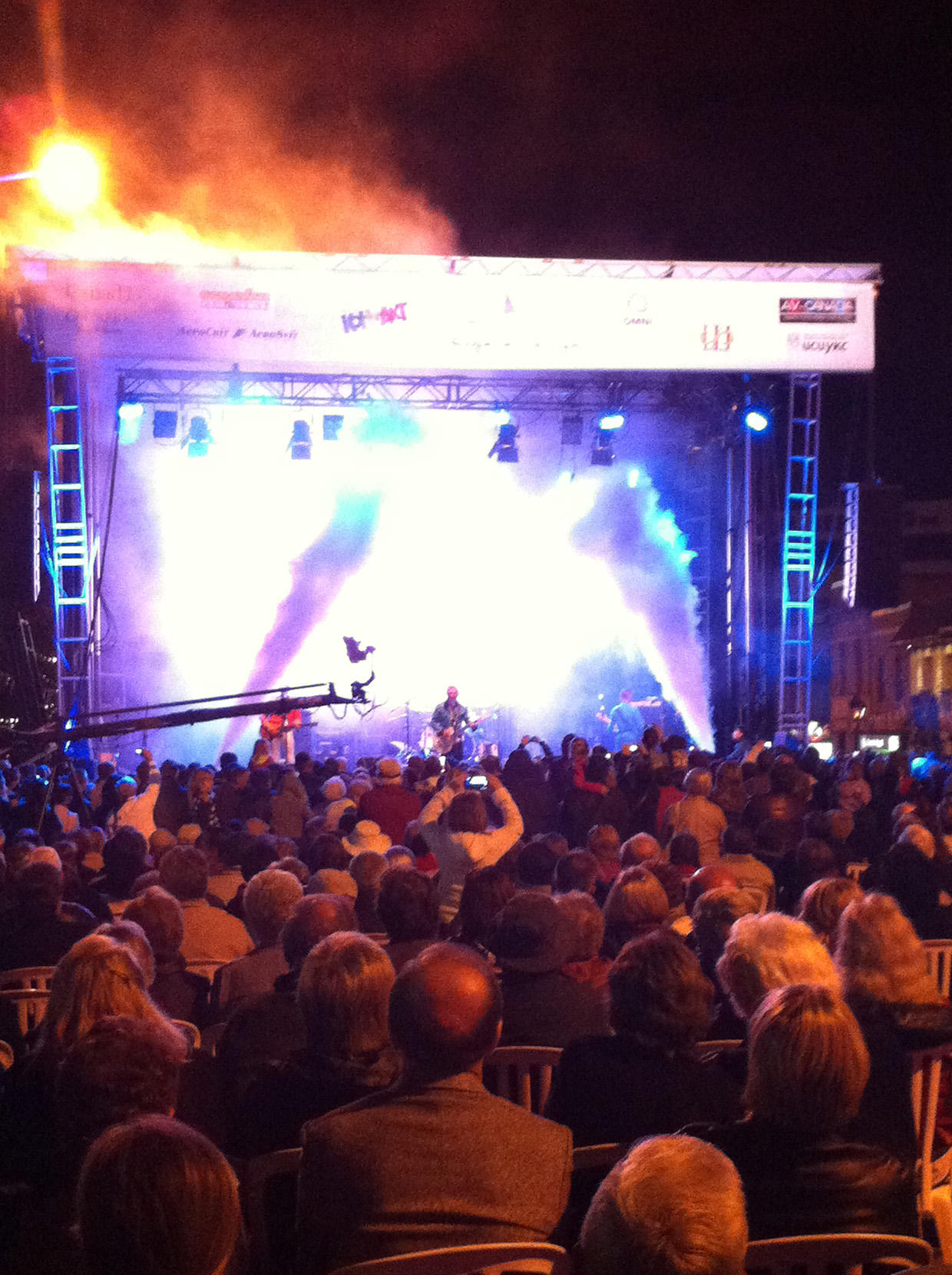 One of my favorite recollections is the day when Jurij and I met on Jane Street and he spoke about adding two additional stages to the one large stage we had supplied at the corner of Jane Street and Bloor Street. What many of you don’t know if that we only obtained the city permit at 9:00 am on the Friday morning the day before the festival, and had to begin building two stages from scratch in time for a same-day rehearsal at 5 pm. As I shook my head and thought this was a joke, Jurij surely was not kidding and said his favorite line after one of his creative visions, “I am sure you can figure out how to make it happen!” Surely, we did figure it out and have been running three stages at the festival ever since. Who would have thought how he would empower us all to be a greater version of ourselves, and to share in his passion and drive for all his pursuits?

One of my proudest moments was when the band Haydamky were performing and I looked out into the vast sea of people from the back of the stage. There must have been over 5,000 people surrounding the stage and as far as the eye could see, running all the way down Bloor Street. People were even on the roof tops of surrounding buildings. The audience was jumping up and down and dancing to the music while watching the band on giant LED screens, soaking in the dancing lights and special effects that went along with this great performance. The atmosphere and production gave that evening a true sense of being a world class production. 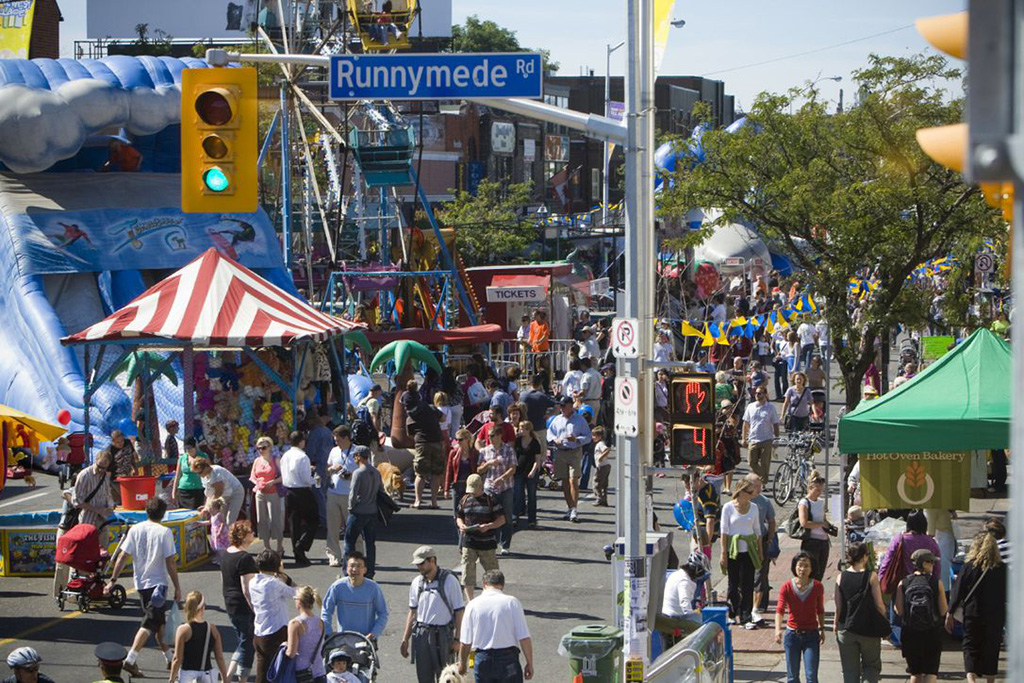 Lastly and most importantly, I would like to give a very big shout out and congratulations to all of you who come out and support the festival year over year. Without you, all of the vendors, store owners, and festival volunteers; this could not be possible. It truly is a wonderful celebration of our Ukrainian culture and heritage. We celebrate with people who are not just Ukrainian by descent or from North America, but people and entertainers from all around the world. Happy 25th Anniversary to the Toronto Ukrainian Bloor Street Festival, Hartuysh!

As an early founder and Co-President of AV-CANADA, Danny brings over 30 years of professional experience in the events space. He is passionate about exceptional service and experiences, for both his clients and associates. Danny has been awarded the MPI Toronto President’s Award, the MPI Toronto Supplier of the Year, and is a valuable contributor with the Meetings and Incentive Travel (M+IT) association. In his free time, he enjoys riding his motorcycle, coaching hockey, and partaking in charitable events.

Video Guide On The Importance of Timelines For Events
December 16, 2021